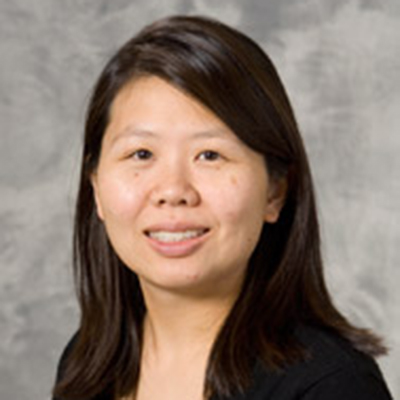 Synstatins (SSTNs) hold significant promise as a new treatment for Head and Neck Cancer (HNC), as they disrupt the signaling of multiple receptors known to promote this cancer.  In this project, we will test novel SSTN therapy directly on human HN tumors and develop predictive biomarkers to identify tumors susceptible to SSTN therapy. These data will provide the basis for future application to the FDA to use SSTNs as investigational new drugs in human clinical trials.

(A) Sdc4 assembly with EGFR. A binding motif (aa87-131) in the Sdc4 ectodomain captures EGFR and the α3β1 integrin. Sdc4 also captures the α6β4 integrin via its cytoplasmic domain, bringing α6β4 into juxtaposition with the EGFR and leading to β4 phosphorylation in its “signaling domain.” This phosphorylation drives cell invasion, proliferation and survival. SSTNEGFR prevents capture of EGFR and blocks activation of this mechanism.

(B) Sdc1-coupled IGF1R. A binding site in the Sdc1 ectodomain captures the avb3 or avb5 integrin and IGF1R (left). SSTNIGF1R blocks this capture, Sdc1-mediated activation of the IGF1R, and tumor cell growth/survival and invasion.

New approaches that complement or extend existing therapies in Head and Neck Cancer (HNC) are desperately needed, as cure rates have remained essentially unchanged for several decades. During this time, only one new systemic agent (cetuximab) has been FDA-approved for treatment. Our recent work identifies two new therapeutics for potential use in HNC. Their targets are assemblies of growth factor and cell adhesion receptors captured by binding motifs in the extracellular domains of syndecans, a family of receptors for the extracellular matrix. Importantly, these motifs are extracellular and readily accessible to targeted therapy. Most significant is the finding that the two complexes proposed for study are absent on normal, resting epithelial cells but are expressed on HN tumor cells and activated vascular endothelial cells and provide cues for tumor progression, tumor survival and tumor-induced angiogenesis. We will test the hypothesis that peptides based on these interaction motifs (called “synstatins” (SSTNs)), which in our preliminary studies effectively inhibit these signaling complexes in vitro and in vivo, are potential new therapeutics that target HNC.

One receptor complex is composed of syndecan-4 (Sdc4), the α3β1 and α6β4 integrins and the epidermal growth factor receptor (EGFR), a kinase that is hyper-activated in HNC and is a prognosticator of poor outcome. Interestingly, the α6β4 integrin was originally discovered in HNC due to its correlation with poor prognosis, although its mechanism of action was not clear at the time. Our work now shows that the well-known role of EGFR in tumor cell growth, invasion and especially survival requires its assembly with the α6β4 integrin via a binding motif in the extracellular domain of Sdc4. A peptide mimetic based on this interaction site (called “SSTNEGFR”) competitively disrupts this receptor complex and its signaling, causing the death of tumor cells while sparing normal cells.

A second receptor complex is composed of the insulin-like growth factor-1 receptor (IGF1R), the αvβ3 (or αvβ5) integrin and syndecan-1 (Sdc1), which is the organizer. This IGF1R complex is found in many tumor types, including HNC, and on activated endothelial cells but not on normal or quiescent cells. Its primary role is to sustain cell survival, and this depends on coupling to Sdc1. IGF1R protects against ionizing radiation as well as chemotherapeutics used to treat HNC, including EGFR inhibitors. But our novel peptide (SSTNIGF1R) that targets IGF1R coupled to Sdc1 kills the tumor cells, spares normal or quiescent cells that lack the complex and shows a high degree of efficacy in animal models of tumorigenesis and angiogenesis.

We hypothesize that SSTNIGF1R and SSTNEGFR, used alone or in combination, will prove to be highly effective against HN tumors as well as precancerous lesions. This will be tested using HNC patient-derived xenografts and a well-characterized animal model of HNC. We will also develop biomarkers to predict tumor reliance on syndecan-coupled EGFR or IGF1R. The following are our specific aims: